My very first federal election is coming up. After changing my name and residence for voter registration, I looked up my ballot. There are a lot of names I don’t know. The only political commercials that air on television don’t even apply to my congressional district, and presidential commercials don’t even air around here because not enough Obama voters live here, so I guess Romney’s using the money he saved from Utah to campaign like crazy in other states where Obama has a competing influence. Which I know is Mitt’s biggest concern. I just wonder where he gets and how he keeps his tan.

Anyway, here’s what my ballot looks like. I’m about halfway done researching the list, which sort of helps, but it’s mostly overwhelming. I recognize some of the names from billboards. My votes may just boil down to whether I like the spelling of names or if I can write poems from the anagrams of names or if my favorite letter of the alphabet that day is A. It is no coincidence that the initials of my new married name are the same as Mitt Romney. So, I could vote that way. Also, I like the Yes or No questions for the judges. Nothing about voting in Utah, America is confusing in the least little way. 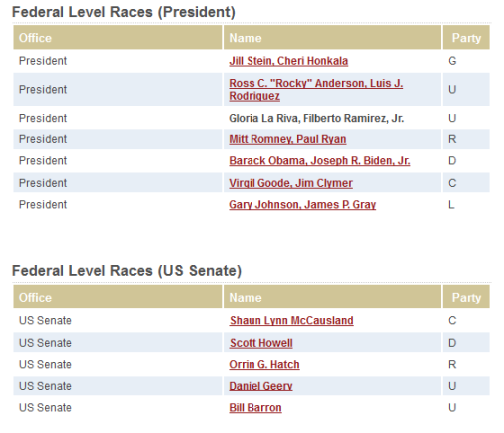 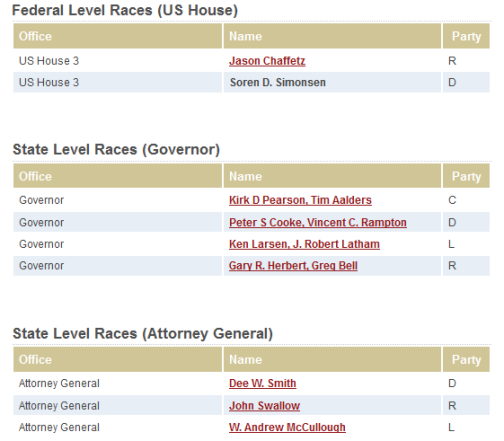 2 thoughts on “On Voting”